What is better then sampling pizza and beer? Nothing! Head to Grand Haven this weekend for their Pizza and Beer Fest Saturday March, 22nd. For only $20 you get to sample local pizza’s and beers from some amazing breweries and restaurants that you might not have tried before. 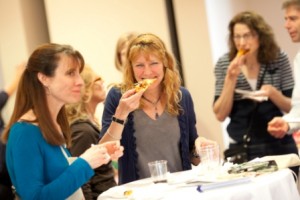 Detroit Craft Beer Month is having a Michigan Beer Fest at DTE Theatre, looks like a number of west Michigan and GR breweries are attending. Good to spread the quality west side beers over to the other side of the state, maybe they will venture over to Grand Rapids to visit the breweries after trying a few samples at the beer fest.


June 15th so get your drinking pants on Detroit!

It’s almost here… Rockford’s Start of Summer Celebration! We’ll be hosting our very own beer tent this year from June 13-15. Each night there will be live entertainment. Current schedule is as follows…

Thursday, June 13
-Beer tent opens at 6pm
-Special Beer Release. One new & one re-release (One released inside the brewery, one released in the beer tent).
-Live music from Delilah DeWylde & The Lost Boys at 8pm